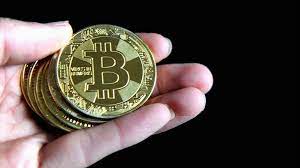 Bitcoin’s (BTC) price neared $20,000 during European hours Wednesday as it extended a 12-week slide amid weak macroeconomic sentiment and contagion risk from within the crypto market, data shows.

Bitcoin fell to just above the $22,000 level in U.S. hours Tuesday. The decline gathered pace Wednesday morning, with the cryptocurrency sliding under $21,000, dropping for the eighth consecutive day and losing 30% over the past week.

The asset traded reached as low as $20,169 this morning, a level that was previously seen in mid-2020 and marked bitcoin highs in late 2017.

“Concerns around a sharp tightening of monetary policy are weighing on financial markets and are trickling down into cryptocurrencies through their influence on large institutional investors,” Alex Kuptsikevich, an FxPro senior market analyst, said in an email to CoinDesk. “It is not surprising that bitcoin and ether are dragging the entire cryptocurrency market down in such an environment.”

The U.S. Consumer Price Index (CPI) report for May showed inflation in the world’s biggest economy hit 8.6% on a year-on-year basis, 0.3 percentage points more than the expected 8.3% level. The data sent global markets downward earlier this week, as investors priced in further rate increases as the Federal Reserve (Fed) tries to bring prices under control.

“Over the past couple of years, cryptocurrencies have become a global macro asset,” said Mikkel Morch, executive director at crypto hedge fund ARK36, in an email. “So it is to be expected that they will react negatively now when investors realize that central banks haven’t reacted nearly as aggressively as they will need to in order to get inflation under control.”

“The global economic environment is becoming extremely tough to navigate for investors involved in all kinds of markets, so it is no surprise that bitcoin is also facing increased downward pressure,” Morch said.